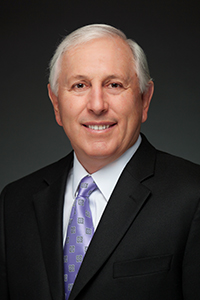 Hale Irwin was presented with this prestigious award at a recent ceremony in Atlanta.  The Payne Steward Award is given each year by the PGA TOUR to a professional golfer who best exemplifies Stewart’s steadfast values of character, charity and sportsmanship. Stewart, an 11-time winner on the PGA TOUR and World Golf Hall of Fame member, died tragically in 1999. Irwin is a well-deserving recipient of this honor. He was inducted to the World Golf Hall of Fame in 1995. He has 20 PGA wins, is a three-time U.S. Open winner, holds the record for the most Champions Tour wins at 45, and has played on five Ryder Cup teams. Irwin continues to play on the Champions Tour.  In addition to his excellence on the course, Irwin is committed to giving back and making a positive impact in the lives of others.

People on the Move at FineMark