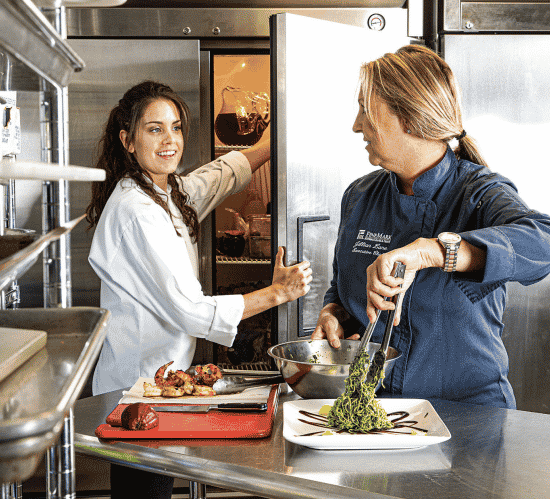 Breaking bread together: The shared experience of food creates a bond unlike any other. Chefs, home entertainers and even moms and dads have known this for generations. At Southwest Florida’s FineMark National Bank & Trust, management has taken the concept to an exclusive customer-service level. Whereas plenty of high-end businesses take clients and potential clients out to dine, FineMark invites them in—for breakfast, lunch, dinner or hors d’oeuvres and drinks.

“Privacy is critically important,” says Harlan Parrish, executive vice president and president of the Lee County market for FineMark, which also operates facilities in Palm Beach and three others outside Florida. “We can have the entire team be around the table here together—instead of being off-site in a restaurant with the air-conditioning turned up too high and that tries to kick you out after an hour.” 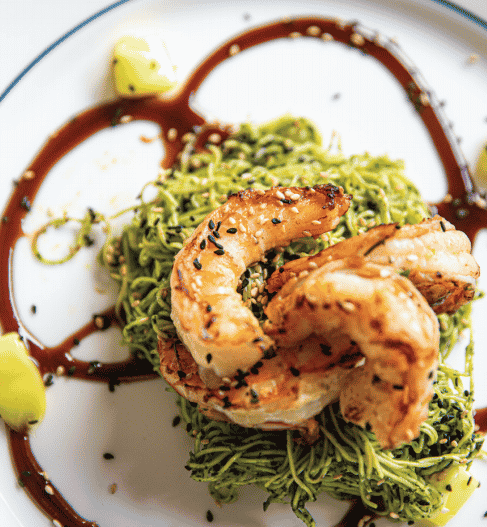 “The joke in the community is that we’re a restaurant that cashes checks,” says Parrish. He is based at the Coconut Point branch, where Chef Lauren Simon wears the toque.

A graduate of Johnson and Wales University in Miami, she prepares meals for clients, potential clients and local charity events. Simons also leads monthly Culinary Nights, cookalong and tasting opportunities for up to 35 clients. Below, she shares one of the hundreds of recipes she has developed for the demonstrations.

“We were the first bank to be certified Blue Zone locally,” she says. “So I tend to cook healthy and light.” (The Blue Zones Project promotes healthy diets and well-being choices.)

Same goes for her counterpart at Riverwalk, Jill Lane, who counts more than 20 years of experience as a chef. She tries, whenever possible, to use local and organic products.

“My recipe for Chilled Carambola-Cucumber Soup [sometimes prepared for guests] was born from an abundance of organically grown star fruit, delivered to me by special friends of the bank,” she says. “I despise waste in my kitchen, so I created this soup.” 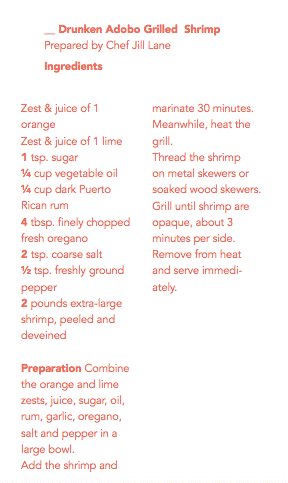 FineMark introduced its chef amenity when it opened the Riverwalk office, its first local branch, in 2007.

“I can’t overestimate the value of having chefs on staff,” says Parrish. “It has been a part of our success from day one.”

The Coconut Point office came next in 2009, followed by Pelican Bay in 2013. Both opened with chefs, who also cook for events at other locations and help each other out for big events, such as charity functions. (At press time, the Naples office was in the process of hiring a new chef.)

The Coconut Point branch, for instance, hosts events for up to 40 in the largest of its three event rooms. It does eight to 10 charity events each year for organizations such as United Way, to honor to its leadership, Habitat for Humanity for donors and New Horizons to thank volunteers. For charities, the banks also donate dinner parties for fundraising auctions that can fetch up to $3,000.

The chefs program pays off in goodwill, but also with the side effect of bringing people into the facilities to learn more about FineMark.

“First and foremost, we are doing it for right the right reason, to give back to the community by recognizing our local nonprofits,” says Parrish. “We’re not looking for a payback. It’s part of our culture. Our mission is to build extraordinary relationships by going above and beyond. That goes well with our spirt of hospitality.”